Getting the Exposure You Want, Part I 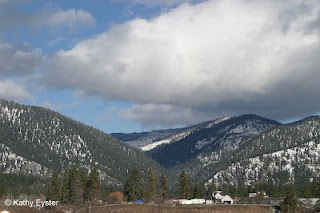 After sharp focus, good exposure is the next characteristic we want for our photographs. Most of the time, the camera's automatic exposure gives us a photo that's not too bright and not too dark. But sometimes the camera is wrong when it comes to exposure. How can we make the camera take a picture with a different brightness?

Exposure Lock
One way you can get a different exposure is very low tech and works on every camera in nearly every shooting mode (except Manual exposure mode). This is called exposure lock. When you press the shutter button half-way down to prepare to take a photo, the camera is making adjustments to a variety of automatic settings. One of these is exposure. The camera determines the exposure (or brightness) of the image based on what you have included in the frame.

For example, the picture at the beginning of this article is made up of half mountains and half sky with cloud. When I made this picture, I pointed the camera so that the scene was evenly divided between foreground hills and sky. The camera based its exposure on this and produced the photo.


If I point the camera at a slightly different part of the scene, I can create a very different exposure. In the photo below, I tilted the camera up so that only the sky with cloud was visible. Then I pressed the shutter button half-way down to lock the exposure. Still holding the shutter button half-way down, I reframed the scene to include the mountains. Then I actually took the picture. 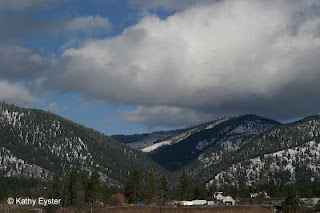 Darker Exposure of Sky
The effect of pointing the camera at the sky and locking in the exposure gives me a photograph that is a better version of the cloud than I had with the first picture.
What if I'm interested in a better exposure of the foreground instead of the sky? In the first picture below, I pointed the camera up at the overcast sky and pressed the shutter button half-way to lock the exposure. Then, keeping my finger on the shutter button, I  reframed the scene to include trees and river. Then I clicked the picture. The result is a good exposure for the sky, but the foreground is too dark. 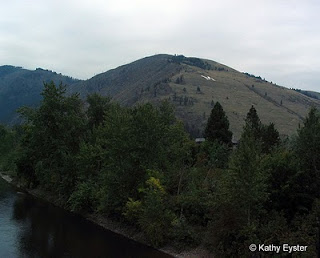 Dark Exposure of Sky
In this situation, the sky is not very interesting. So having a darker exposure of it doesn't help my photo. Let's try again. This time I pointed my camera down at the trees and water, and pressed the shutter button half-way to lock the exposure. Then I reframed the picture to include the top of the mountain and pressed the shutter button down to make the image. Now the camera has made a brighter exposure for the more interesting part of the scene, the trees and river. 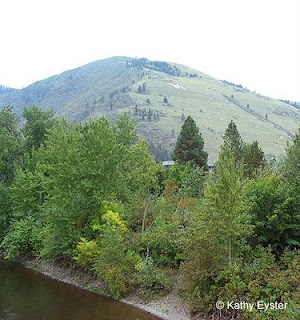 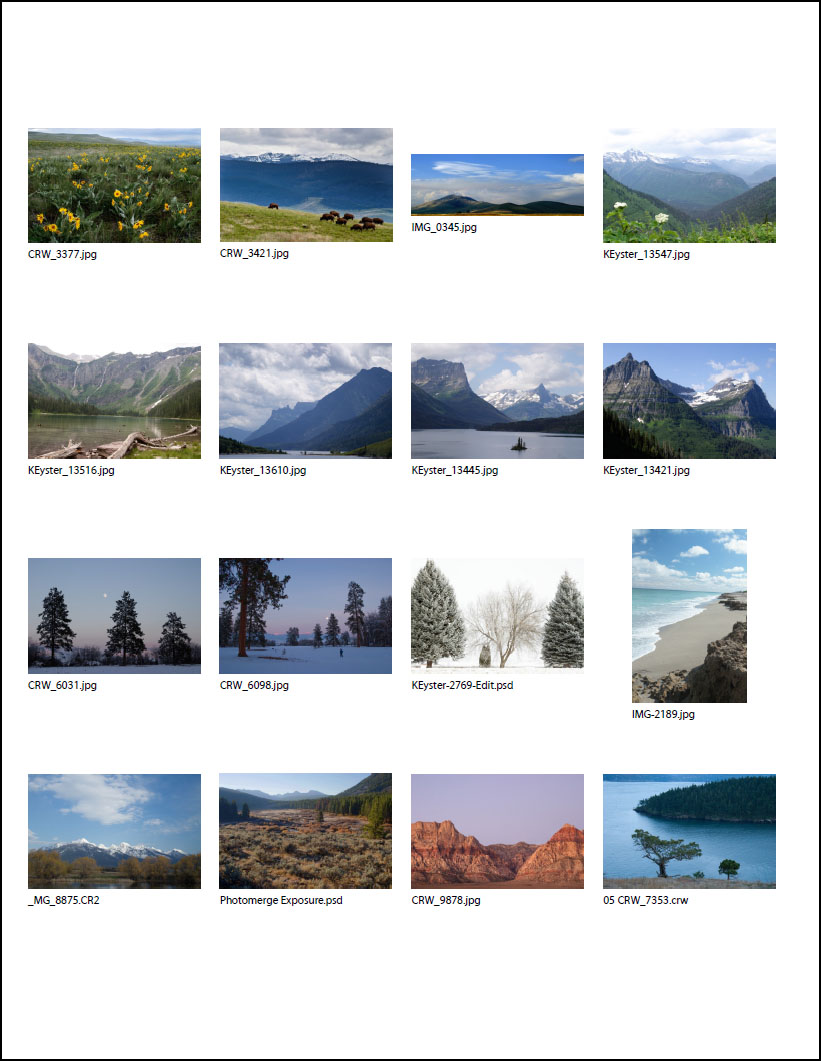