September 14, 2012
With the release of Photoshop CS6, Adobe also unveiled Camera Raw 7. Adobe has made major changes to the sliders in the Basic panel of Camera Raw 7 (ACR) to reflect the improved software "engine" called Process Version (PV) 2012 that's under the hood. Considering we've been using the same set of sliders in ACR's Basic panel (and Lightroom's Develop module) since 2003, it's definitely a mindset shift! How often do you change the habits you've developed over nine years??!! 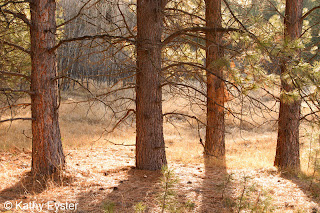 Martin Evening, the guru of Adobe photo editing products, has written an article for Digital Photography Review that offers a great before and after comparison of the previous Camera Raw sliders with the new ones. Check it out to see the potential in the updated software.

I also watched an excellent online class on Photoshop CS6 by Ben Willmore at Creative Live. There's a free sample video on the tonal controls in ACR 7 that is also very iniformative. And you can purchase the entire clas for $99! An amazing deal!

Note that I am not affiliated with either Martin Evening or Ben Willmore in any way. I just like these tutorials!

What Does the S on My Camera Mean?